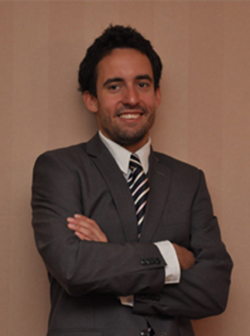 In 2009 he graduated from the Faculty of Law and Administration at the University of Silesia, where he presented a master’s thesis on the protection of computer programs as works protected by copyrights on the Internet. In 2013 he completed his lawyer traineeship at the District Lawyer Board in Katowice and passed the bar examination.

In 2012 he completed postgraduate studies in the field of copyright, as well as publishing and press law organized by the Intellectual Property Law Institute of the Jagiellonian University in Kraków.

In 2012 he also obtained a master of arts degree at the Krzysztof Kieślowski Faculty of Radio and Television at the University of Silesia in Katowice, where he presented a thesis on copyright agreements. Earlier, in 2009, he presented his bachelor’s thesis at the Faculty of Radio and Television, in which he discussed legal regulations concerning computer programs in copyright law. He has been working with our firm since 2005.

He speaks English and German

His areas of expertise include:
Copyright
Doctors and pharmacists